Hi Tom,
I am in the process of restoring an 85' long Railway Post Office car and I'm considering using Rust Destroyer as my primer for the car body. The car body itself is aluminum with steel rivets, which has caused some corrosion issues. Here's a link to the project: http://ggrm.org/Collection_view.aspx?id=13

I am in the process of trying to stop a rust problem on a 50 foot windmill pole located on the north end on the Big Island of Hawaii. The location is about 4 miles inland from the ocean and at 1200 foot elevation.

After about 2 years the were many areas on most all sections of the pole that showed signs of rust forming under the 4 coats of epoxy primer and paint. The pole was lowered and all the epoxy and paint was stripped and the rusty areas as well as the entire pole was wire brushed to clean bare metal. Samples of the rust and corrosion were sent to Sherwin Williams lab for analysis. The report came back and the corrosion was identified as "white rust".

Sherwin Williams suggested that the white rust condition may have been caused by improper storage of the pole on the wet ground. (A storage situation I noticed during the purchase process).

After stripping they recommended repriming with their Sher Cryl primer (water based) and finishing with the color top coat as before. The pole was painted with Sher Cryl and there were many areas where the primer did not adhere well to the poles' surface. It was an extremely rainy month of December and there were only a couple of good days to paint so the spotty poor adhesion may have caused by the humidity/rainy weather. The day I painted did allow a full 6 hours of sunshine before sunset and the surface was dry to the touch. All the Sherwin Williams products used were water based. The pole was stripped once again to bare metal.

I learned of Rust Destroyer from a professional painter and applied about 1.8 quarts with a small roller to the freshly prepared pole this past saturday.

The surface area of the pole is about 117 square feet. Based on information on the Rust Destroyer label at 75 square feet coverage per quart I think the film thickness should be the recommended 3 mils or maybe about 3.5 mils.

Would you recommend ( or would it be O.K.) applying another coat for added insurance and if so how much time between coats do you recommend? Also I would like to apply the same SherCryl top color coats (2) as before. Sher Cryl is water based and I read in your instructions to wait 72 hours before top coating with latex. Will this adhere to the Rust Destroyer OK or should I go with a solvent based color top coat? The recent weather has been fine with no rain and the initial coat of Rust Destroyer looks as if it is curing just fine.

Do you have experience and information on the white rust issue I'm experiencing. I'm curious about the causes of the white rust and if all my prep work will pay off with no recurring problems. (I have spent about 60 hours on prep removing the old finish and wire brushing and sanding the pole.) In the process of stripping and preping I have noticed many infected areas ranging from extreme rust to areas where there is no zinc remaining with several transitions to bare steel. Any help and information would be greatly appreciated.

Tom:
I am in the process of restoring a 1911 Pullman Observation Railroad Car. This railroad car was used by President Warren G. Harding on his trip across the United States in 1923. It is now on the National Historic Registry. The rail car is in good shape with a little rust on the ceilings and flaking paint on the walls. Just came across your product on line and very interested in what you say about what it would cover with little prep work. 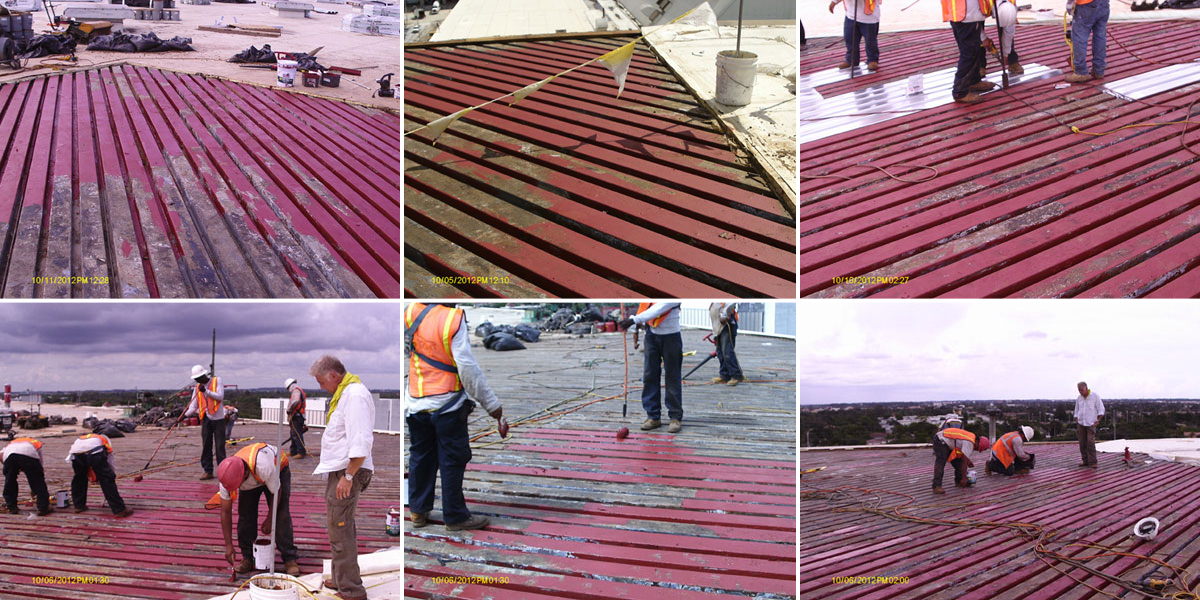